Gamers are the heart and soul of Children’s Miracle Network Hospitals, a network that raises funds for 170 children’s hospitals across North America. Gamers unite on November 5 to help those hospitals save and improve the lives of local kids. The Extra Life program, supported by top games companies such as Sony, Microsoft, Nintendo, Activision, and many others, facilitates local fundraising in your community so that more children can be saved.

Last year, the 24-hour gaming marathon raised more than $1 million. Participants invited friends, family, and fans to donate to their local Children’s Miracle Network hospital. The event raised over $22 million in total since 2008. Last year, participants hosted a 24-hour gaming marathon and donated money from fans and friends. They seek support for their local CMN Hospitals. Since its inception in 2008, the event has raised over $22 million in total.

Extra Life partners with some of the largest names in the gaming industry, including Twitch, Rooster Teeth, reddit, Wizards of the Coast, Humble Bundle and Trion Worlds. Extra Life organizes charity events for gamers of all skill levels to participate in. During these events, expert gamers and broadcasters play video games for 24 hours straight and broadcast it to their followers. Donations to Extra Life can be made via cash, check or credit card.

Those who are interested can register at Extra-Life.org, choose their favorite Children’s Miracle Network Hospital, and set a fundraising target. To raise awareness for the fundraiser, participants will collect donations during the year. The 24-hour gaming marathon will take place Nov. 5, but participants can pick their own schedule and play for a single day, one hour per day for 24 days, or any other way they desire.

Hundreds of thousands of gamers have raised over $21 million for sick and injured children in North America through Extra Life. The program is a Children’s Miracle Network Hospitals fundraising campaign within the gaming community. Each year, participants fundraise up to a day before hosting their event, where they will live-stream themselves playing video games from anywhere in the world for 24 hours straight. Funds raised stay local to help pediatric patients at 170 Children’s Miracle Network Hospitals across North America.

Children’s Miracle Network Hospitals is dedicated to funding local hospitals and raising awareness for the 30 million treatments each year that are given to children across the United States and Canada. The donations stay close to home, allowing such facilities to provide critical treatments, pediatric medical equipment, and charitable care for sick patients. Over $5 billion has been raised since 1983, most of which came from individuals making small donations of $1 each. 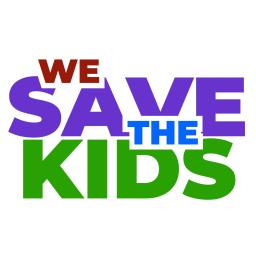 WeSavetheKids
Posted in:
Uncategorized
Leave a Reply Cancel reply
Hey There!
These kids could really use your help!
Subscribe to our newsletter to stay informed with our programs!
No Thanks!